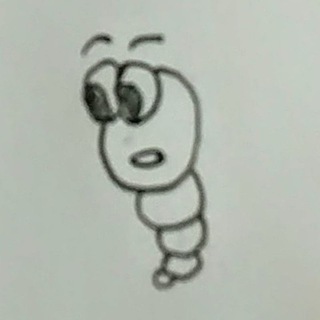 I'm not defined by my work, but for better or worse, my own interests overlap with what I do at the office.

I've been working with A*STAR for over eight years, now. The team I'm in has been working on chatbots and human-computer interaction since before I joined, and that is where I would like to work on my Ph.D. Here are some things I'm thinking about:

Coming from Singapore, a country with a mix of many languages, it's normal to have a sentence containing several languages at once. Since we have to learn English at school, as well as one other language, we can expect terms to cross over in common use.

This means chatbots working only in English could serve most folks well, but there will still be terms from different languages that the chatbots cannot handle. With long enough utterances, monolingual chatbots could guess at the user's intent, but if enough key terms come from other languages than English, getting the answer may become far harder.

What's the way forward for this, then?

I'm also interested in generated humorous content. Trying to be funny needs one to be able to draw from a variety of experiences, build up and then defy expectations of a particular audience. It's not just about fine-tuning GPT-3 training with sets of knock-knock jokes or one-liners, though maybe GPT-7 might render all this moot.

How can we build systems that know when and how to joke to relieve tension or make interaction with guests more comfortable and natural?

Can't find the language you want to learn on Duolingo? If you're lucky, after some time people will create enough content for you to be able to say "blue apples like small horses" in broken Catalan, if that's what you're looking for. But sometimes, time alone may not give you an answer.

If you're trying to develop language courses where there is no writing system, and no well-known standards for pronouncing words and forming sentences, it may not be possible to create the necessary data mass enough for conventional AIs to generate training material.

Is there another way to improve how humans teach and learn these languages?

Gaming has always been a big part of my life. I started out quite early messing up my dad's work laptop trying to install a game from floppies. Then I played lots of random stuff on the Game Boy (146 games in 1, lol?) and stayed at my cousin's, for his Super Nintendo. But I got stuck on a good MUD in 1998 and never really left it. Who needs a high-end PC for a AAA title when the mind works way better :P

I'm a novice tinkerer, curious about the world at large, and I want to build stuff that can either be useful or just fun. I'd recently picked up my old Arduino again for another project, and that might lead to more electronics hijinks soon. Also 3D printing is on the cards... at some point... whenever.

I enjoy reading comics, novels, and non-fiction books, and I would like to be able to do so in several languages. Part of what interests me about languages is how to write them, whether it be fancy scripts or pronunciation markers. So I'm trying to collect as many of these as I can, from Tamil to Thai to Tifinagh.

Other than learning new languages, I also enjoy trying food from around the world, is really hard for me to pick favourites. One of my current favourites, though, is Nasi Lemak Ayam Taliwang (coconut rice with spicy grilled chicken from Indonesia). It sits next to Russian kholodets (pickled chicken fat jelly and pulled meat) with mustard and herring salad.

I also want to learn to sing songs in languages from around the world, but that is going to take quite a bit of time. If you have something interesting in Chinese or German to recommend, let me know. Right now I'm trying some in Japanese and Korean too, and I find Spotify to be a useful tool here.

Of course, the other big player in the COVID era, Netflix, also has content in all sorts of languages, from drama series in Spanish, German, and Japanese, to Korean. There isn't enough time in the world to consume all the content available there or on YouTube... not even if I'm saving 3 hours of commute time each day.

Before the pandemic laziness set in, I was already pretty lazy. Let's be honest :P But I used to dabble in all sorts of sports, from badminton to swimming, hiking to rock climbing, table tennis to kayaking, though my favourite by far is football.

So I'm happy that we will be able to gather in groups for team sports again soon.